I remember the day back in the dead of winter when my dear friend Maryanne told me to block off a couple of dates in the spring as she had some surprises planned for my birthday.  She was giddy with excitement and I remember feeling how much I wanted to know what she was excited about.  I wanted to be a part of it, right now.  I didn’t want to wait and I even told her that it wasn’t fair that she could live with the anticipation and I would lose out on that, because I didn’t know.  There was a part of me that wanted to be in it with her fully in that moment and there was also a very quiet part when I listened carefully that wanted it to unfold organically as she had planned.  I have never been the most patient person so I had no choice but to put it out of my head for months.  Suddenly the week was here and we were arranging pick up times and what to wear and how to prepare for the day and I was beyond excited.  I knew in that moment most of the excitement was because I didn’t know and I was completely surrendered to the day approaching.  I didn’t even try to guess.  Surprisingly, I didn’t want to know anything.  I had waited this long, now I just wanted to experience it without any thought.  There are not many times in our life where we can just be in the experience without having any preconceived ideas or expectations so I was going to ride this one to the end, even when the not knowing felt torturous.

The day arrived, Maryanne picked me up and we were running a bit late and then got a bit lost.  Being helpless to figure anything out became a challenge for me.  Now I really wanted to know…not to soothe myself and my own curiosity but to help make it less stressful for her.  As directed I went to Maryanne’s phone to access the GPS and up popped a name that was all too familiar to me: David Hickey. ( a 15 minute reminder on her phone) I could barely contain myself as Maryanne confirmed we were on our way to a private concert by David Hickey.  It was overwhelming…never in my wildest dreams would I have imagined that to be possible.  We drove there, living in the anticipation, now both living in the stress of being late and some how it felt good to share that with her, like I could relieve some of that load.  When we arrived and saw David, I struggled with settling in. I could feel my whole being vibrating, in shock, in awe, in gratitude, in anticipation, in sweet surrender calling me…it felt like too much, I held it together and as I walked in to the studio, there sat 3 of the most beautiful women in my life, Lisa, Sandy and Sarah…it was too much.  The emotion welled up inside me and with a gasp of air released the tears.  The tears barely stopped for the next 2 hours.  There was enough of a break for me to attempt to ground myself in this beautiful energy, amongst these precious huge hearted people in a room called the Crystal Cave which vibrated all on its own.  David plays gongs aligned with the planets and crystal bowls, santoor, and a vibraphone. The studio is aligned with beautiful breath taking crystals from Brazil and the room itself has crystals and other energetic pieces of the earth buried in the walls.  We lay down on the floor creating a star where we could all physically reach one another and David began to play.

Tears rolled down my cheeks filling up my ears, not wanting to move, feeling my body releasing and shifting as I lay there, my heart expanding and contracting, aching and singing out and finally relief…my heart was free.  The tears stopped and I became aware of the lower  part of my body vibrating, spinning, opening, anchoring deep within the earth, calling for connection to all, powerfully aware of all earth energy and then suddenly I was gone.  This was a different leaving. Many times in meditation I feel myself rise up above my body living and experiencing life in the expanded dimensions, in the openness and the freedom of all that is but still very connected to my body on earth.  This time my body came with me and in spirit form we travelled together.  I found myself meeting up with  people, friends, family all over the world as if I could just drop in and be with them wherever they were at in that moment.  I found my Mom in Florida, lying down and I lay down with her, spooning, loving her up before I was called elsewhere. I found a friend in France and we walked the streets together. After globetrotting for a while, suddenly, I was pulled deep in to spirit realm where I connected with a deep love who passed away several years ago and there we were together in spirit form experiencing all that is in absolute wholeness, oneness, nothingness and everythingness…it was truly indescribable.  Beyond peace, beyond love as we know it on earth…it just was.  There were many people, many experiences…I have no idea why those particular people at that time but it is where the universe pulled me.

This was a gift…beyond description, beyond words of gratitude, beyond expressions of love.  It was an experience that we all shared that had everything to do with me and nothing to do with me.  It is the expression of the heart that allowed this journey.  It is the first day of the rest of my life.  Thank YOU, to everyone on this earth, creating your own vibration allowing such magnificence to flow through us, within us, in between us…I can’t wait to see what the next 50 years brings and who joins me on this journey!

One Response to “Birthday Surprises and Gratitude…”

This site uses Akismet to reduce spam. Learn how your comment data is processed.

Welcome to Living All Dimensions blog! 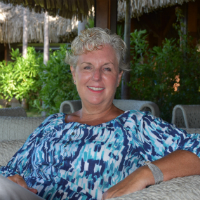 I am new to blogging but not so new to life. My life journey has sent me in a variety of different directions, ultimately being self employed supporting people on their journey to live their lives authentically and know their own truth. I provide workshops and private counselling sessions where we focus on alternative life strategies. I also teach meditation classes as much for my own benefit as the communities. For the past 10 years I have had numerous requests to write books and produce meditation CDs so people could access what they are learning at their leisure. I figured blogging was a great way to begin that path. I look forward to this new adventure and welcome anyone who feels inspired to join in with me! 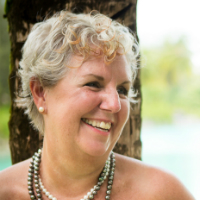